Get fresh music recommendations delivered to your inbox every Friday.

(NOT for sale here) preorder @ smarturl​.​it​/​SoulOnIce2 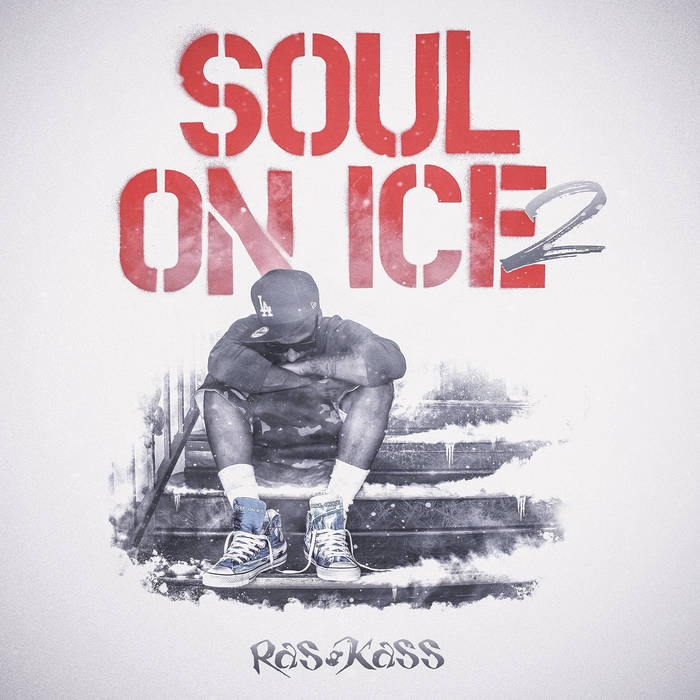 With Soul on Ice 2, Ras Kass exposes uncomfortable truths about American culture in a venomous and fearlessly creative follow up to his debut LP Soul on Ice, which was released via Priority Records nearly a quarter century ago. This time around, Ras is accompanied by a hall of fame lineup of rappers and producers including Diamond D, Pete Rock, Snoop Dogg, Immortal Technique, Justice League, Cee-Lo Green, DJ Green Lantern, Everlast, Styles P and M.O.P.

In nearly half a century of rap, you’d be hard-pressed to find anyone who has forged his own path quite like Ras Kass. His lyrics are like a form of alcohol that ruthlessly kills all toxic germs. The best music takes risks, and Soul on Ice 2 is no exception.

From the first track, Ras Kass lays his mission statement in visceral and unyielding terms. The beat, courtesy of Twiz the Beat Pro operates in communion with Ras’ semi-automatic-wrapped-in-sandpaper voice, flipping a sample of the phrase “it’s been such a long long time.”

There is “Grammy Speech,” where Ras imagines what he’d say if he was ever called up the Staples Center podium. Over a stomp-your-life out beat that recalls Diamond D’s late 90s collaborations with Pharoahe Monch, Rass spits a life story in a matter of minutes.
Consider “Midnight Sun,” where Cee-Lo adds red clay soul to a fulmination about the false construction of race. The thundering “White Power,” where Immortal Technique and Ras eviscerate the tenets of white supremacy and chronicle the grotesque litany of evils committed by this demonic colonizer mentality. Yet for all the rage, it finishes with a message of unity--the notion that all races are really one.

“LL Cool” brings Snoop Dogg to Carson so the duo of West Coast legends can conjure a pimped-out low-riding cruise in silk shirts and open collars. The finale is the harrowing “Opioid Crisis,” where Ras threatens to murder Republicans before connecting the threads between the CIA flooding inner-cities with crack and evil corporations getting the entire populace addicted with the tacit support of the U.S. government.
None of this is for the faint hearted, but Ras Kass never made music for the soft-handed and headed. On his latest opus, you realize exactly what a dramatic influence he has had on everyone from Kenrick Lamar and Ab-Soul to Dead Prez and Jay Electronica. Another gem burnishing the indelible legacy of one of the greatest rappers to ever incinerate a microphone. This is eternal soul, ice-cold but somehow never less than searing.

He's worked with the greats: Dr Dre to Dj Premier, The Rza to Kanye West; from Apollo Brown to Jack Splash!

Bandcamp Daily  your guide to the world of Bandcamp